The artists serving on the International Jury embody the glorious traditions of violin playing from all over the world. Mindful of the possibilities available and multi-faceted skills required for a successful career as a violinist in the 21st century, these judges represent various pathways, and amongst them typify soloists, chamber musicians, recording artists, pedagogues, orchestra leaders and conductors of the highest standards. 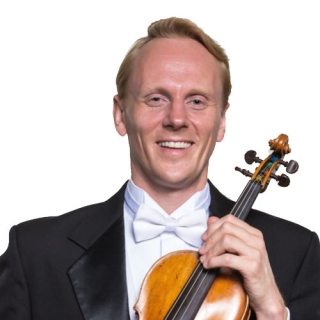 Barltrop began his violin studies in Brisbane, made his solo debut with the Queensland Symphony Orchestra at the age of 15 and was Concertmaster of both the Queensland and Australian Youth Orchestras. He moved to the United States in 1998 to attend the University of Maryland and continued his studies at the Cleveland Institute of Music. His teachers have included William Preucil, Gerald Fischbach, the members of the Guarneri Quartet, Elizabeth Morgan and Marcia Cox.

Barltrop performs on a violin crafted by JB Guadagnini, Turin, 1784. It is on loan from the Ukaria Cultural Centre and was purchased through the generosity of Allan J Myers AO, Maria J Myers AO and the Klein Family. 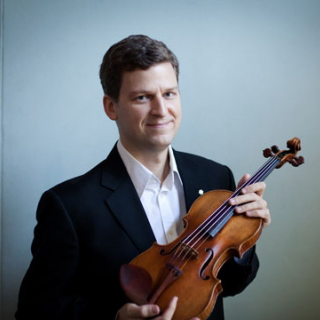 James Ehnes has established himself as one of the most sought-after violinists on the international stage. Gifted with a rare combination of stunning virtuosity, serene lyricism and an unfaltering musicality, Ehnes is a favourite guest of many of the world’s most respected conductors including Ashkenazy, Alsop, Sir Andrew Davis, Denève, Elder, Ivan Fischer, Gardner, Paavo Järvi, Noseda, Robertson and Runnicles. Ehnes’s long list of orchestras includes, amongst others, the Boston, Chicago, Cleveland, Philadelphia, Los Angeles, Pittsburgh, New York, London Symphony, Philharmonia, BBC Philharmonic, Czech Philharmonic, DSO Berlin and the NHK Symphony orchestras.

Alongside his concerto work, James Ehnes maintains a busy recital schedule. He performs regularly at the Wigmore Hall, Carnegie Hall, Symphony Center Chicago, Amsterdam Concertgebouw, Ravinia, Montreux, Chaise-Dieu, the White Nights Festival in St Petersburg, Festival de Pâques in Aix, and in 2009 he made a sensational debut at the Salzburg Festival performing the Paganini Caprices. In 2016, Ehnes undertook a cross-Canada recital tour, performing in each of the country’s provinces and territories, to celebrate his 40th birthday.

As a chamber musician, he has collaborated with leading artists such as Andsnes, Lortie, Vogler and Yo-Yo Ma. In summer 2017, Ehnes makes his debut at the Verbier Festival performing with artists including Antonio Pappano, Yuja Wang, Nikolaï Lugansky, Antoine Tamestit and Mischa Maisky. In 2010, he formally established the Ehnes Quartet, with whom he has performed in Europe at venues including the Wigmore Hall, Auditorium du Louvre in Paris and Théâtre du Jeu de Paume in Aix, amongst others. Ehnes is the Artistic Director of the Seattle Chamber Music Society.

Ehnes has an extensive discography and has won many awards for his recordings including a Gramophone Award for his live recording of the Elgar Concerto with Sir Andrew Davis and the Philharmonia Orchestra. His recording of the Korngold, Barber and Walton violin concertos won a Grammy Award for ‘Best Instrumental Soloist Performance’ and a JUNO award for ‘Best Classical Album of the Year’. His recording of the Paganini Caprices earned him universal praise, with Diapason writing of the disc, “Ehnes confirms the predictions of Erick Friedman, eminent student of Heifetz: ‘there is only one like him born every hundred years’.” Ehnes’s recent recording of the Bartók Concerti was nominated for a Gramophone Award in the Concerto category. Recent releases include sonatas by Beethoven, Debussy, Elgar and Respighi, and concertos by Britten, Shostakovich and Prokofiev, as well as the Beethoven Violin Concerto with the Royal Liverpool Philharmonic Orchestra and Andrew Manze, which was released in October 2017 (Onyx Classics)

Ehnes began violin studies at the age of four, became a protégé of the noted Canadian violinist Francis Chaplin aged nine, made his orchestral debut with Orchestre Symphonique de Montréal aged 13 and graduated from The Juilliard School in 1997, winning the Peter Mennin Prize for Outstanding Achievement and Leadership in Music. He is a Fellow of the Royal Society of Canada and in 2010 was appointed a Member of the Order of Canada. 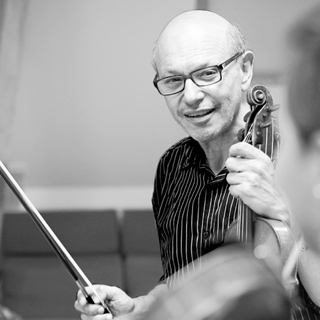 Rudy Professor of Violin at the Indiana University Jacobs School of Music and Visiting Professor at the Kronberg Academy, Mauricio Fuks began his violin studies in his native Uruguay with Ylia Fidlon, a pupil of Leopold Auer. After graduating from the Juilliard School of Music, where he studied with Joseph Fuchs and Ivan Galamian, he furthered his studies at the University of Southern California with Jascha Heifetz. In 1964 he won 1st Prize at the Young Concert Artists Competition. Following a distinguished international career as concertmaster, chamber musician and soloist, he now devotes himself entirely to pedagogy.

Mauricio Fuks has been a visiting professor at the Yehudi Menuhin School in England, the University of Limerick in Ireland, the Hochschule fur Müsik “Hanns Eisler” in Berlin, the Reina Sofia School in Madrid as well as the International Chair of Violin Studies at the Royal Northern College of Music in Manchester.

He has given master classes at the Reina Sofia School in Madrid, the Scuola di Musica in Fiesole, the Royal Conservatory in The Hague, the Baratt-Due School in Oslo, the Royal Academy of Music in London, the Conservatoire National Supérieur de Musique in Paris, as well as the Shanghai and Beijing National Conservatories. He has taught at summer festivals such as the Salzburg International Summer Academy of the Mozarteum, the Britten-Pears School for Advanced Studies in Aldeburgh, the Aurora Music Festival in Sweden and the Verbier Festival in Switzerland. He continues to teach at the Sarasota Music Festival, the Orford Summer Festival in Quebec and was the Director of the Summer Music Academy at the Ferme de Villefavard in France.

Mauricio Fuks has served as jury member in numerous international competitions. He was featured in The Strad Magazine of March 1993 and was appointed an Honorary Member of the Royal Academy of Music in 1999.

Professor Fuks is regarded as one of today’s finest violin pedagogues. 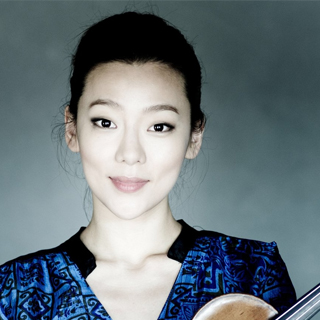 Clara-Jumi Kang currently plays the 1708 “Ex-Strauss” Stradivarius, generously on loan to her from the Samsung Cultural Foundation Korea. 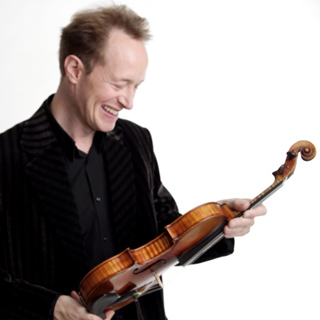 His regular chamber music partners include the pianist Aleksandar Madzar and Alexander Melnikov, the cellist Steven Isserlis, the violist Lawrence Power and the accordionist James Crabb.

Anthony has had many works written for him, including Thomas Adès’ Violin Concerto “Concentric Paths”, which he premiered at the Berlin Festival and at the BBC Proms with the Chamber Orchestra of Europe conducted by the composer, followed by many national premieres around the globe, and a live CD release on EMI in 2010. Also composed for Anthony were Steven Mackey’s “Four Iconoclastic Episodes”, premiered in 2009 with the Irish Chamber Orchestra, and concertos by Sally Beamish and the young American Samuel Adams.

Marwood’s most recent CD release – his 50th on the Hyperion label – is a recording of Walton’s Violin Concerto with the BBC Scottish Symphony Orchestra and Martyn Brabbins. The disc has received great critical acclaim, including a 5-star review in The Guardian and Classical Source and a ‘Recommended Recording’ in The Strad Magazine, whilst the Sunday Times described him as “a thrilling, virtuosic soloist”.

In summer 2018 Anthony performs at four festivals in the USA and returns to the International Musicians’ Seminar at Prussia Cove, Cornwall in September. In the autumn he returns to the New World Symphony in Miami and makes his debut as director/soloist on tour with the New Century Chamber Orchestra in San Francisco.

Anthony was violinist of the award-winning Florestan Trio for sixteen years. He is co-Artistic Director of the Peasmarsh Chamber Music Festival, performs annually at the Yellow Barn Festival in Vermont, and enjoys a close association with the Australian National Academy of Music in Melbourne. He is a Fellow of the Guildhall School of Music and was awarded an MBE in the Queen’s 2018 New Year Honours list. He plays a 1736 Carlo Bergonzi violin, kindly bought by a syndicate of purchasers, and a 2018 violin by Christian Bayon. 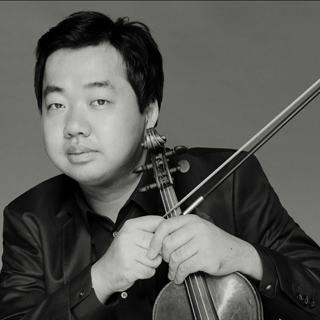 Feng records for Channel Classics in the Netherlands and his latest disc of the Elgar and Finzi Violin Concertos with the Royal Liverpool Philharmonic conducted by Carlos Miguel Prieto was released in 2018. His previous recording of Bach’s complete solo works for violin has already been hailed by Gramophone as ‘unlike anyone else’s… it’s the illusion of a freewheeling conversation projected from within that held me captive.’ Previous discs include the Tchaikovsky Violin Concerto and Bruch Scottish Fantasy with the Deutsches Symphonie-Orchester Berlin, a recording of Schubert and Dvořák Quartets with his Dragon Quartet and two CDs of violin solo repertoire.

Feng plays a 1721 Stradivari violin, known as the ‘MacMillan’, on private loan, kindly arranged by Premiere Performances of Hong Kong, and plays on strings by Thomastik-Infeld, Vienna. 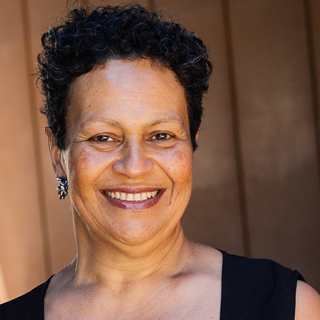 Former Concertmaster of the Melbourne Symphony Orchestra and the New Zealand Symphony Orchestra, Wilma was born in Fiji and raised in New Zealand. She studied at Auckland University then in Boston at the New England Conservatory with the legendary Dorothy DeLay and Louis Krasner before becoming first violinist of the Lydian String Quartet, winners of the Naumburg Award for Chamber Music and multiple prizes at the Evian, Banff and Portsmouth International String Quartet Competitions.

The quartet was her professional focus in Boston but she also worked regularly with the Boston Symphony Orchestra and was Concertmaster of the Harvard Chamber Orchestra and Handel and Haydn Society. Invited to return home to form the New Zealand String Quartet, Wilma was first violinist for five years until the NZSO appointed her Concertmaster in 1993, a position she held for nine years until taking up the same position with the MSO from 2003 to 2014.

In addition to her chamber music series, Wilma & Friends, now in its seventh season, Wilma has appeared as Guest Concertmaster with SSO, WASO, TSO, ASO, OV and APO, and teaches at Melbourne and Monash Universities, Scotch College and Korowa Anglican Girls School. In 2016, she was appointed Artistic Director of the Melbourne Chamber Music Competitions by Musica Viva. 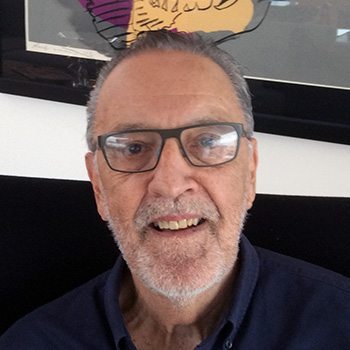 Robin is an Auckland based lawyer and businessman. He has had a life-long interest in the arts. He was the founding chairman of New Zealand Opera and established and continues to fund the Walters Prize for contemporary art in New Zealand. He was a founding donor of the Auckland Writers Festival, has served on the International Councils of Tate and MOMA and has sat on committees here and in the UK reviewing various aspects of the arts and philanthropy.

As a musical performer Robin’s experience is limited to some indifferent recorder playing in the Auckland Town Hall in 1953. However he has great affection (and more knowledge than he lets on) for violin repertoire.